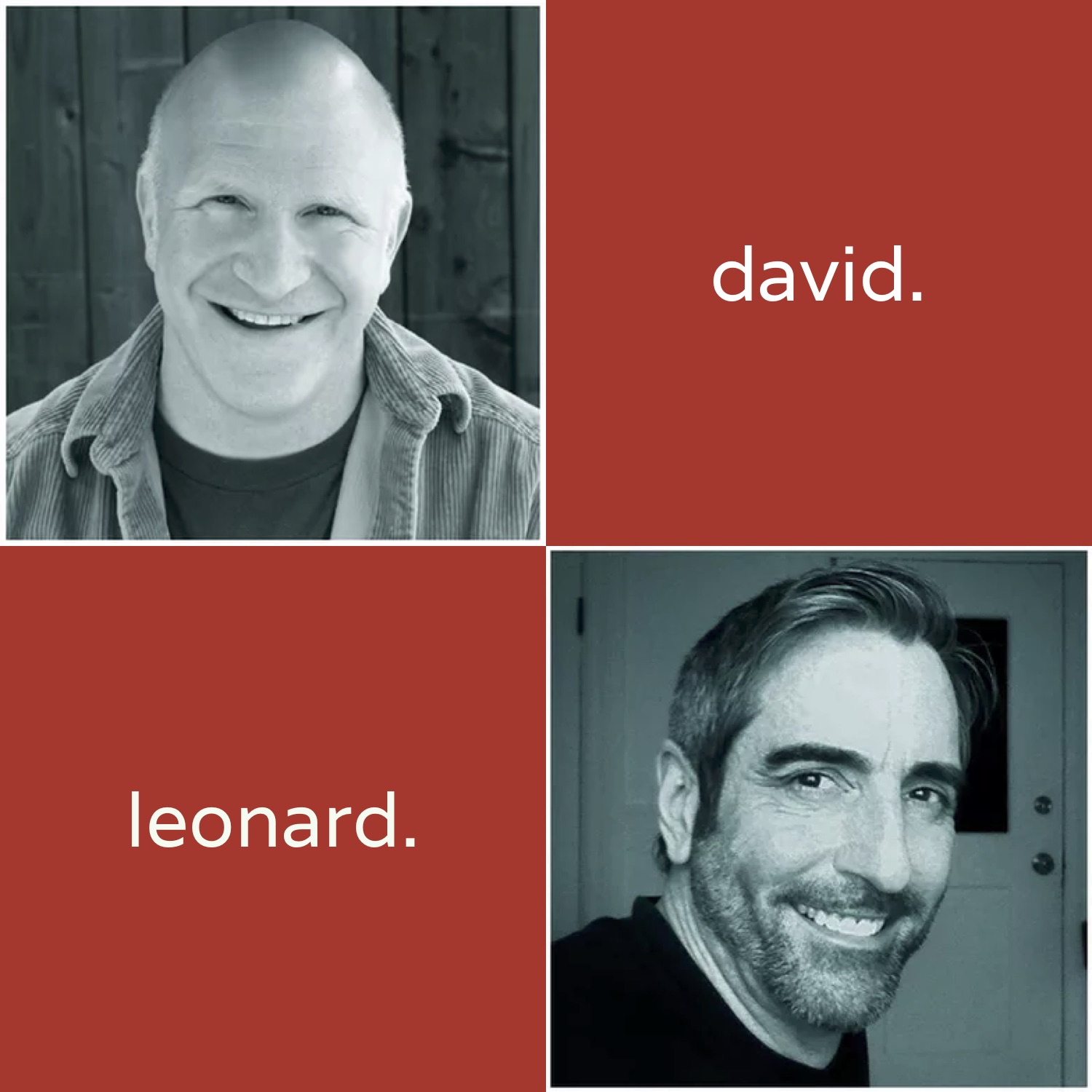 Leonard and David are writers, producers, consultants, performers, and overall creators. They offer tips pulled from their stunning breadth of skills.

While performing work-for-hire rewrites on many indie and studio feature films, Leonard became known for his rare ability to devise both tight story structures and compelling visual narratives – and then synthesize them into singular storyworlds.

With his own short film, The Paris Crystal (writer/director) he received national and international awards; it aired repeatedly for several years on SHOWTIME.

After his schooling at Parsons School of Design and NYU/Tisch (full merit scholarship/top honors), Leonard designed concert-stage sets for Lou Reed and James Brown; album cover environments for Sting and George Michael; and music video set design for The Ramones and Joan Jett.  He specialized in designing “the look” of high-end fashion advertising, worldwide print campaigns & TV commercials, along with editorial fashion spreads and celebrity portraiture with world-class photographers for most-every leading lifestyle and fashion publication.

Further influences on his multileveled construction of CALL ME TANIA have been his “day jobs” including: engineering manifold narrative pathways and alternative storytelling for the transmedia game company LudInc in Berlin, Germany; and his concept and design for an original knowledge-banking system that won him the $25K 1st-place in BearingPoint’s Innovation Award international competition.

David has performed in professional theatre, television, radio and films. His debut stage performance was at the age of six in a community theater in Detroit. His feature film work has included scenes performed with Sigourney Weaver and Holly Hunter (COPYCAT, 1995); Eddie Murphy (METRO, 1997); and Will Smith (PURSUIT OF HAPPYNESS [sic], 2006).

As a fine art painter he has had various solo and group exhibitions in Los Angeles and San Francisco, most notably inclusion in two juried group shows at The de Young Museum: A TRIBUTE TO GILBERT AND GEORGE (2008); and WARHOL AND BEYOND (2009).

Leonard and David are currently looking for Creative Collaborators & Producing Partners. They can be reached at: contact@5dmedialab.com